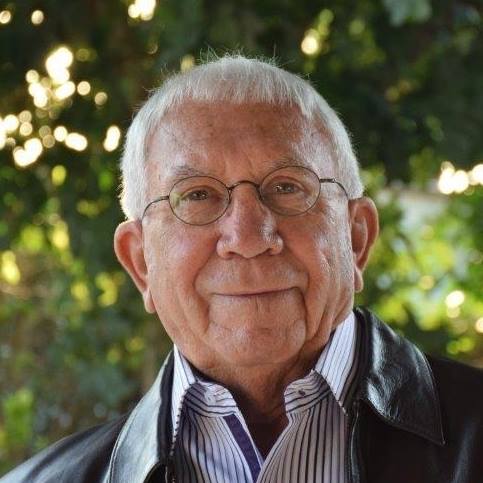 Born in 1933 in Braila, Romania, as Poldi Schwartz, where he spent his childhood during the Second World War. In December 1947, at the age of 14, together with his 12 years old brother Yuli, he left his parents behind, started his journey towards the Land of Israel. The brothers reached the port town of Burgas by train, where they boarded the „Pan Crescent“ („Atzmaut“) immigrant ship. The British took over the vessel and diverted it to Cyprus. The brothers were held down in a detention camp for three months, until finally they could board the ship „Kedma“ in February 1948. The brothers reached the port of Haifa in Israel. Upon arrival, the two boys were given Hebrew names, based on the names they used while in the Jewish youth movement back in Romania : Poldi became Pesach, and Yuli became Yehuda. Although they came without their parents, they were separated – Yehuda was sent to Kibbutz Degania Alef, and Pesach to Moshav Beit Yehushua and later to Kibbutz Mishamr HaSharon, where he stayed together with other children who didn‘t have parents to take care of them. In these agricultural communities he studied general and specific topics as well as he worked in the plantations and the vineyard. Pesach served 27 years in the Israeli Defense Forces, mainly in the Air Force, in various positions and projects related to telecommunications. After his release in the rank of a colonel, during the end of the 1970s, he founded his own company, „Nogay Telecommunications“, for planning telecommunications solutions, utilizing the then state of the art technologies. At the end of the 1990s, he joined the founding team of the third cellular operator in Israel – „Partner“. Pesach served as representative of Hong-Kong based „Hutchison Telecom“, the main owner of „Partner“, as well as a board director. Following his retirement from „Partner“ in the year 2010, he spends his time with his family, in the sport club, on the Golf course and in many other activities. Married to Zehava Shachar. Four children as well as grandchildren and great-grandchildren. Father of Guy Shachar.