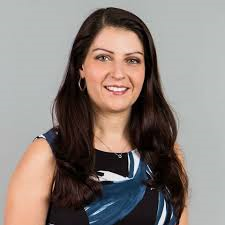 Muna Duzdar (born August 22, 1978 in Vienna) is an Austrian politician of the SPÖ. She also works as a self-employed lawyer. Duzdar studied law at the University of Vienna from 2004 and specialized in a master's program in International Law / Law of the Arab Countries at the University of Sorbonne in Paris. From 2005 to 2006 Duzdar worked in the administration of the Parti Socialiste in Paris. She worked as a district councilor in Vienna-Donaustadt, then as a Federal Councilor, and finally as State Secretary for Diversity, Public Services and Digitalization in the Federal Chancellery of the Federal Government Christian Kern (SPÖ). Since the 2017 national elections, Muna Duzdar has had a mandate in parliament. Muna Duzdar is the daughter of Palestinian parents. Her father worked for the UNIDO. Duzdar was the first (non-practicing) Muslim to belong to an Austrian government of the Second Republic.