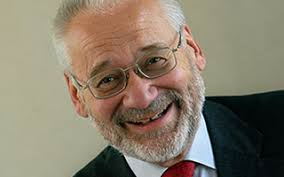 Erhard Busek (born March 25, 1941 in Vienna) is an Austrian politician of the ÖVP. The lawyer had a long career in politics, he was ÖVP-Bundesparteiobmann and thus vice-chancellor in the years 1991-1995 in a grand coalition with the SPÖ, he was also Minister of Science and then Minister of Education and Cultural Affairs. But he became known earlier, as a party leader of the Vienna ÖVP, which he was from the mid-1970s to 1989. Busek was part of the "Colorful Birds": At the beginning of the environmental protection movement, he gave the ÖVP Vienna a green image. In 1995 he was replaced at the party leadership of the ÖVP by Wolfgang Schüssel. His dismissal was the result of a campaign by Hans Dichand, the then publisher of the powerful tabloid "Kronen Zeitung". Busek became known as East-Central European expert in the following years. Since 1996, he has been Co-ordinator of the Southeast European Cooperative Initiative (SECI) and from 2000 to 2002, Government Envoy for the EU Enlargement. From 2002 to 2008 he was Special Coordinator of the Stability Pact for Southeastern Europe and also the first Rector of the Salzburg University of Applied Sciences. Erhard Busek took over the chairmanship of the Institute for the Danube Region and Central Europe (IDM). He is still Chairman of the IDM. Busek has a reputation as a critical intellectual. He has received numerous awards, including an honorary doctorate from various universities.