Ernst Löschner (born May 20, 1943 in Schwarzach / Salzburg), Is a former bank director who has been active in social and refugee aid since 2007.

He spent the first 13 years of his life in Zell am See, later in Salzburg. After completing his studies in Vienna with a PhD in law, he spent 7 years in the US, first with a Harvard scholarship in Boston, then professionally in Washington, D.C. Since 1976 Löschner lives with his family in Vienna, where he worked until 2010 in a managerial capacity for various banking companies.

In 2007 Ernst Löschner founded a peace initiative and established the APC Peace Walk and the Krimmler Peace Dialogue as an annual event.

Together with Hans Nerbl, Löschner developed the "National Park APC Peace Path" (2013). In the same year he initiated (with Michael Kerbler) petition to the Austrian Federal Government and the Parliament "Against Inhumanity. For a human refugee policy.", coordinating 15 organizations. The petition was signed online by more than 30,000 people and supported by 300 VIPs with personal quotes.

In addition to the ongoing funding of individual initiatives for refugee welfare and integration, Ernst Löschner has designed "Music Connects" with 30 events in Salzburg (together with Hans Nerbl) and the project "AT HOME - Guarantees for refugees" with Norbert Wallner (2016). The latter was awarded the Sozialmarie in 2018.

In 2017, Löschner is dedicated to the establishment of the Grove of Flight and the Development of Social Innovation "We Give - Donations in Kind of Work".

Ernst Löschner was awarded the Walther Kastner Prize (1983), the Golden Medal of Honor of the Republic of Austria (2002) and the red-white-red PaN Medal of Honor (2009). 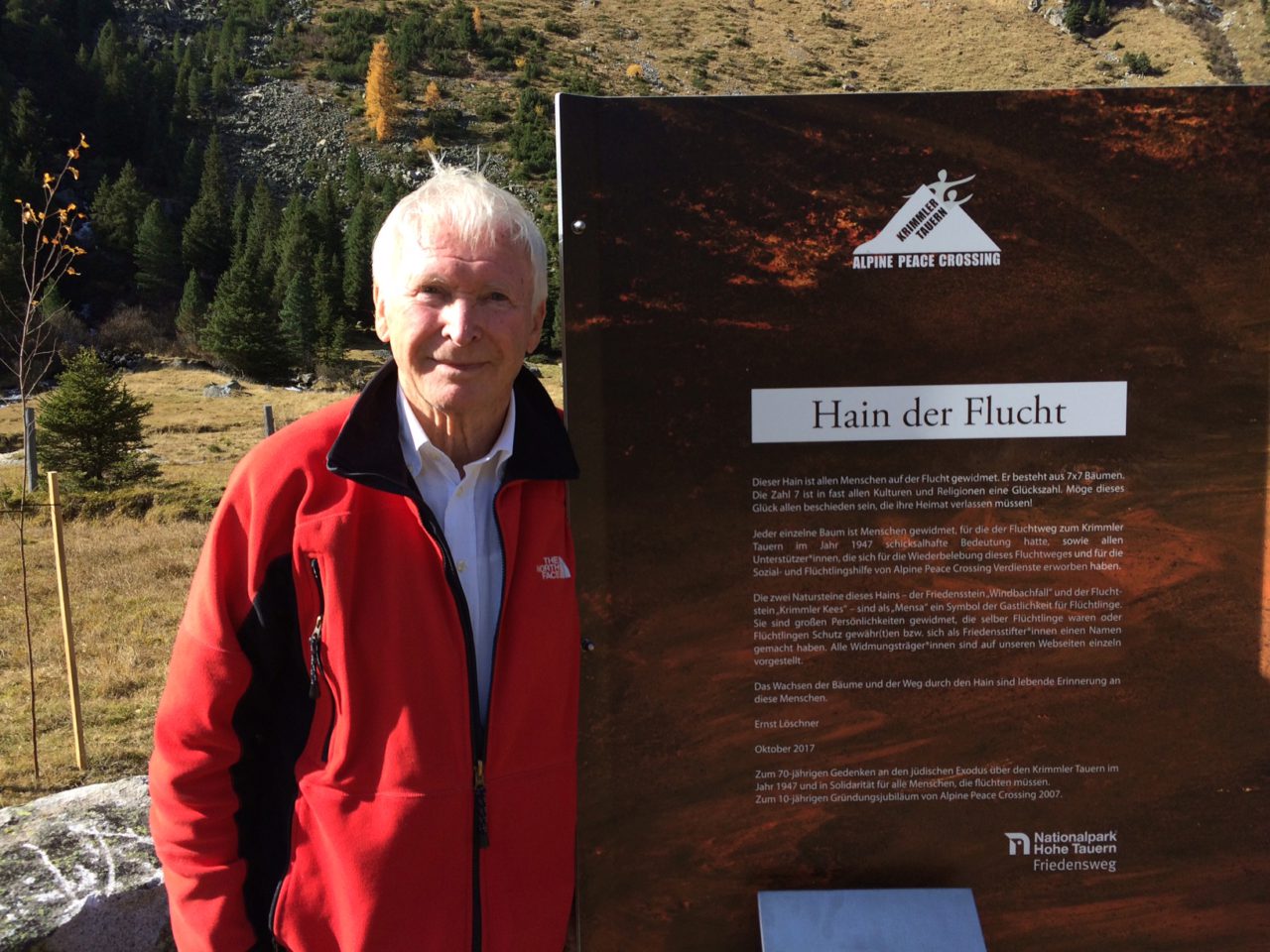