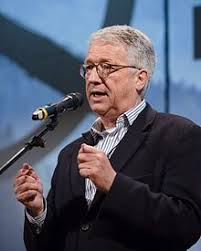 Wolfgang Petritsch (born August 26, 1947 in Klagenfurt) is an Austrian diplomat and politician of the SPÖ. He belongs to the Slovene-speaking ethnic group of Carinthia. Wolfgang Petritsch is considered an expert on foreign policy, especially the Balkans and Southeastern Europe. Petritsch grew up in Glainach and later studied history, German studies, law and political science at the University of Vienna. He received his doctorate in 1972. From 1977 to 1983 Pertritsch was secretary of the then Federal Chancellor Bruno Kreisky. 1997 to 1999 Petritsch was Austrian ambassador to Serbia. During this time, he was appointed EU Special Representative for Kosovo. Wolfgang Petritsch became quite famous as High Representative for Bosnia and Herzegovina: During this time he headed the civilian implementation of the Dayton Peace Agreement until 2002. In the 2002 elections, he ran for the SPÖ and would have been foreseen as Foreign Minister in the event of a victory. Even before the ballot Petritisch was appointed Austrian ambassador to the United Nations in Geneva. He returned to this post until the beginning of 2008. Currently, Wolfgang Petritsch is President of the "Austrian Marshall Plan Jubilee Foundation". Since 2008 he has been the head of the Permanent Representation of Austria to the OECD in Paris, since 2013 Honorary Doctor of the Alpen-Adria-University Klagenfurt. Petritsch holds the "Cross of Honor for Science and Art 1st Class".